How to make fingers on gloves

Starting on fingers:
For making fingers you knit the first set of stitches allocated, starting from any side of the glove. In my tutorial I knit the first 12 stitches from one side, and then I put the rest of stitches in the piece of scrap yarn or stitch holder to work on them later.
The length of fingers also would be the same for all fingers in finger-less gloves, so you don’t need to be worry about the position of different fingers.

Now you knit these set of stitches repeatedly for couple of rows following the same instruction as (K1, Sl1)/(Sl1, K1), until you get the desired length.

Note: This tutorial focuses on finger less gloves, however if you would like to make your gloves with fingers, then note that the position of fingers will be important since all fingers would not be at the same length, also you need to make the full length of your fingers, the ending part would be like Blocking the thumb.

Pull the string to make the last loop a little bigger, then remove the safety pin and replace it with the needle. Do the same thing to bind the rest of stitches.

At the end cut the string about 5 inch long and pull the loop and free it from the leg to secure it, then pass it through the needle, you see an open area where binding off started, insert the needle through the first stitch to connect two sides, make couple of stitches to secure it and then send the extra tail into the finger for now.

Starting the next finger:
Now you need to release another set of stitches from the stitches holder to work on the next finger.
Turn the glove and count back number of allocated stitches starting from next stitch beside the finger you already knit. Insert the needle from the opposite side to pick up stitches, (the tip of your needle should point to the finger already made), then remove the scrap yarn. Turn the glove and place the yarn next to the first stitch in row, leave at least 5 inch for tail and hold it with your thumb then following the same instruction as (K1, Sl1)/(Sl1, K1) repeat what you did for the first finger. You are going to repeat the same thing for other two fingers.

Finishing:
After you have done all your fingers, turn inside out to hide extra tails. Use large eye blunt needle to pass extra strings through loops nearby until the major part of gaps is hidden. For gaps between fingers, you can use the extra 5 inch tail left from starting to stitch the gap between two fingers to cover them up.

What is next:
Part 4: how to make thumb

Other links:
Part 1: how to start gloves
Part 2: marking the thumb line
Part 5: how to make flip cups and finishing

My name is Fariba. Knitting is my passion since I was a little kid.

How to Knit a Slouchy Toque with Puff Rib Stitch?

How to Knit a Slouchy Beanie Hat?

How to knit a simple beanie hat 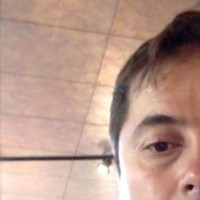